Spread the Holiday Cheer with This Season’s Hottest Tech Gear!

Finding the perfect holiday gift can be a challenge for even the savviest gift-giver. Luckily, meaningful gifts are out there – you just have to know where to look!

Tech Expert, Andrea Smith, is making holiday shopping easier this year with top tech picks that everyone in your family will love – even the furry ones. Whether you’re looking for gaming devices, mobile gadgets or the latest in home tech, Andrea's tips will help you make sure everyone in your circle receives something special this holiday season. 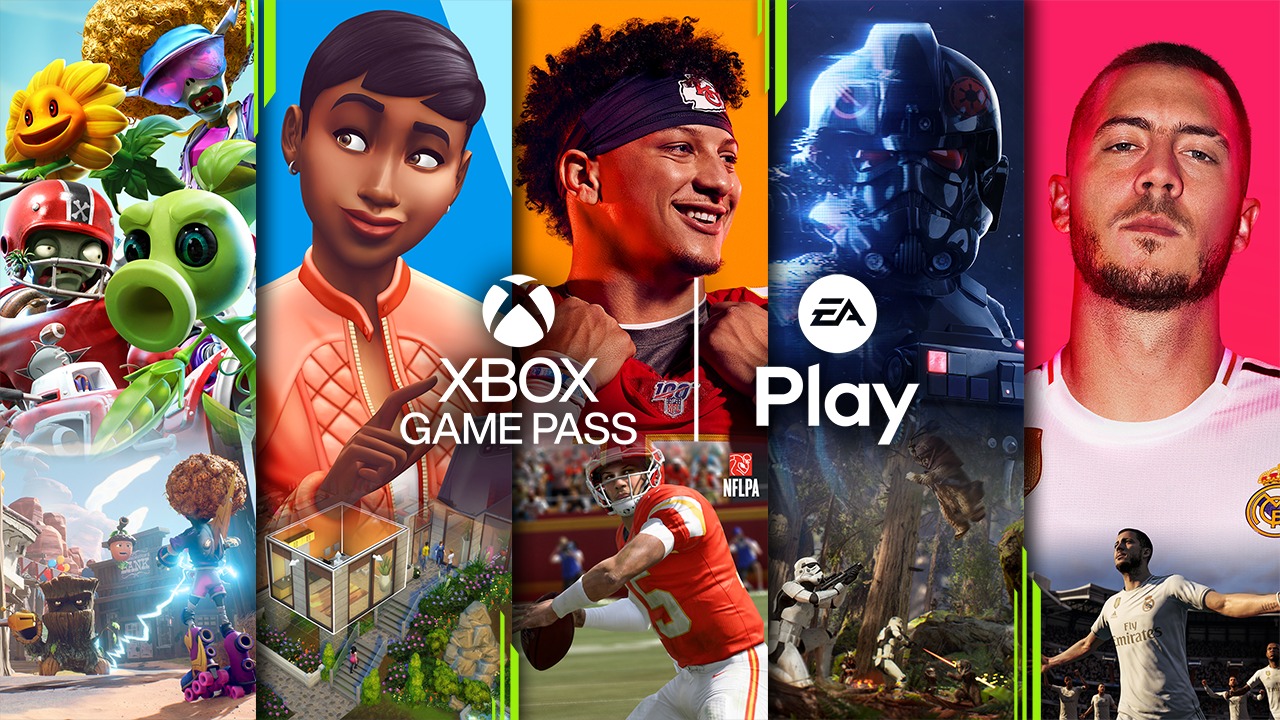 This holiday season, the ultimate gift for the gamer in your life is Xbox Game Pass Ultimate: a flexible and affordable monthly membership that gives anyone access to over 100 high-quality games for just $14.99 a month. Xbox Game Pass Ultimate allows members to play both console and PC games, many of which can also be played via the cloud on console, PC, phones and tablets. Including family-friendly options like Minecraft and access to tons of favorites like FIFA and Madden NFL through EA Play, new games are added all the time – like Forza Horizon 5 and Halo Infinite – so there is something for everyone in the family to enjoy.

When it comes to consoles, the Xbox Series S is a great choice for families or someone looking for a next-gen experience at an affordable price point. The Xbox Series S delivers the speed you expect from next generation of gaming in the smallest Xbox ever for only $299.

In addition to the Series S, Xbox also released the Xbox Series X, which is the fastest, most powerful Xbox ever, capable of native 4K gaming. Parents can also download the Xbox Family Settings app for free to set screen time limits and manage what games are age-appropriate for their kids.

And to make getting into gaming easy and more affordable, there is Xbox All Access. Starting from $24.99 a month for 24 months, with Xbox All Access, you select an Xbox Series S or Xbox Series X and receive 24 months of Xbox Game Pass Ultimate – that’s over 100 high-quality console and PC games – with no upfront cost.

These products are all supported by Microsoft Store’s world-class customer support offering Personal Setup and Personal Support to help you skip the stress and jump right into the fun with these gifts.

Many people aren’t aware that nowadays the smartphone you have can work on any carrier’s network. That’s why T-Mobile is offering to pay off your 5G phone plan on any other carrier up to $1,000 when you switch to T-Mobile’s Essentials Family Plan.

On T-Mobile’s Essentials plan, you get 5G service more often than when on AT&T and Verizon’s networks, all while saving up to 20% off what you pay for their most basic plans. T-Mobile customers get a lot more 5G on America’s largest, fastest and most reliable 5G network that’s nearly 2x larger than AT&T's and 4x larger than Verizon's.

Get the most out of your 5G capable smart phone and get paid to switch to T-Mobile’s Essentials Plan to get the most awarded customer care service in wireless, unlimited talk, text, and 5G data at no extra charge, weekly discounts and free stuff with the T-Mobile Tuesday’s app and much, much more! 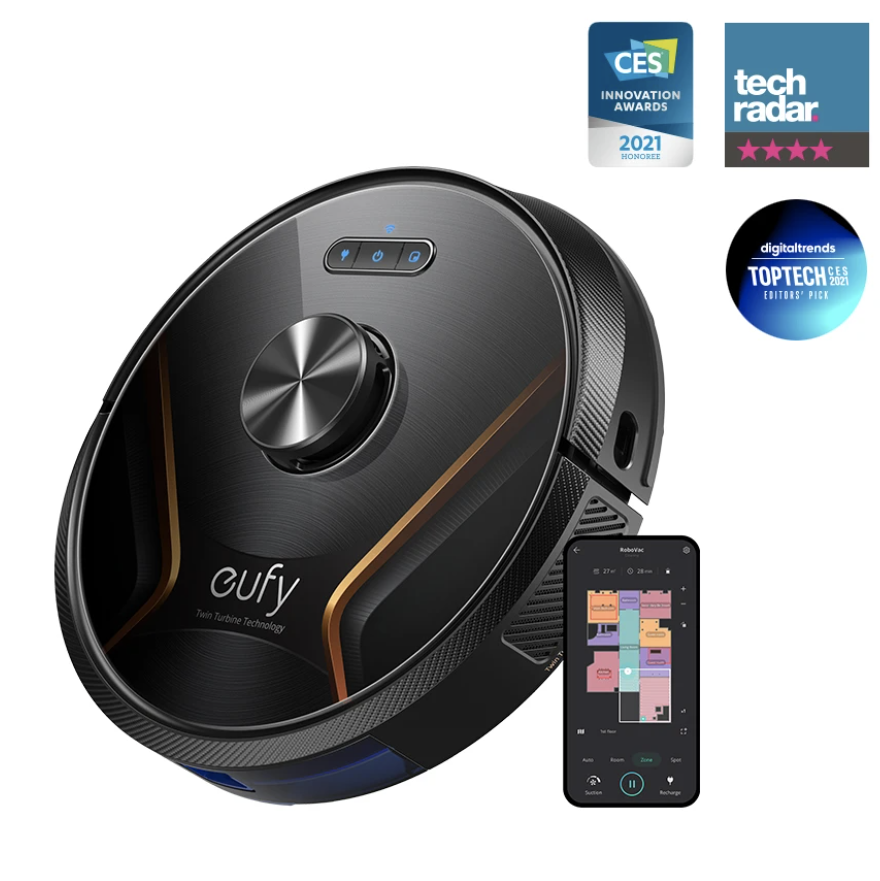 A robotic vacuum like the eufy RoboVac X8 can be a huge time-saver. It uses laser navigation to map each floor of your house and figure out the most efficient route to pick up all that pet hair or cat litter. Use the Eufy app to customize the route or create no-go zones, like near the dog toys!

For more immediate clean-up, the eufy Home Vac H30 Mate is a handheld cordless vacuum with different attachments to choose from. Use the pet brush to quickly get clumps of fur off the couch or the crevice tool for near the food bowl.

eufy vaccums allow you to switch between eco and max mode, depending on the task. And at 1.78 lbs (808 g), you can effortlessly clean places that you haven't been able to before—like air vents, high shelves, or light fixtures. 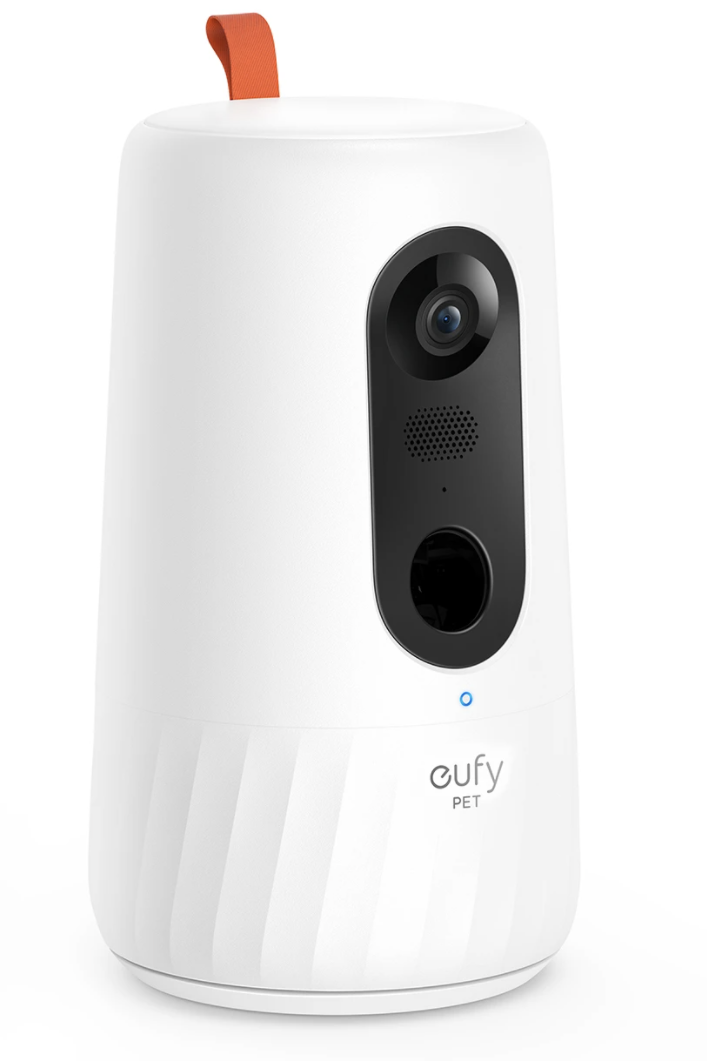 For the furry friend or pet parent on your list, the eufy Pet Dog Camera D605 is a fun way to keep an eye on your pet while you’re out and about.

The 170° wide-angle lens provides stunning 1080p clarity in real time, and night vision allows you to see your pup better at night. Keep your dog guessing with 3-distance and 270° rotatable treat tossing. Plus, Dog Camera’s unique anti-clog design keeps you playing with Rover, not fishing out stuck treats.

Whenever your dog starts barking up a storm, you’ll get an instant notification. And with 2-way audio, you can even tell your dog to stop before the neighbors start complaining.

Dog Camera comes with 16GB of local storage, which means that your recordings are always accessible without another monthly subscription fee.

Watch the cuteness unfold on the eufy Pet app.